Light on White at Oslo Lux

Last week the symposium Oslo Lux took place at the School of Architecture and Design in Oslo, organized by Anthony Rowe and Ståle Stenslie.

It was a one day event with speakers from art, architecture and design discussing uses of light in different projects. I spoke at the seminar, created a snow projection and gave a 2 days VPT workshop so it was a very intense but interesting week.

The keynote speakers were AntiVJ and UVA. The list of speakers  also included Timo Arnall who had a very interesting talk on light painting, presenting work of people which I felt I should have know about already (Gjon Mili, Michael Weseley, Eric Staller). His second topic about visualizing the RFID and wifi networks range was also interesting. In fact the mix of speakers and topics made the day go by really fast!

I went to a separate event at Atelier Nord earlier in the week where Joanie and Simon from AntiVJ gave a 2 hour enthusiastic talk about their work. They were very excited about real-time software, and it reminded me a bit of the same energy which I experienced ten years ago with realtime video software like Imagine, nato and jitter.

I was part of the exhibition and decided to do an outdoor snow projection. Unlike my previous attempts on working with snow I decided to not try to build anything with the snow, but instead cut out a piece of snow and work with the top curvy surfaces and the edges. It seems I am unable to make anything but slow meditative pieces nowadays, but the result wasn´t that bad, really.

The two day VPT workshop at Atelier Nord was fun, a very focused and eager-to-learn group, and several of the participants have already started doing their own projects with the software, which is exciting. 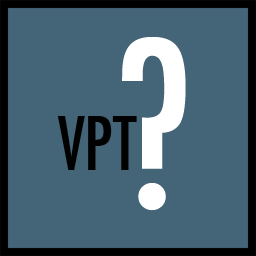 The new version of VPT just passed 1000 downloads after less than a month, which is pretty good. I decided this would be a good time to make some more documentation.

There are now some basic video tutorials (not very exciting but gives you an idea of how to handle the interface) as well as the missing manual, which will be updated (ir)regularly. There is also lot´s of useful help built into VPT, not to forget the VPT forum.